Fault code B1049 is called “Driver Air Bag Module Open” but in different programs it may be called differently. This fault designation applies to all vehicles equipped with OBD-II.

Technical description and explained code B1049

This diagnostic trouble code (DTC) is a generic code. Fault B1049 is considered a generic code because it applies to all makes and models of vehicles. Although the specific repair steps may vary slightly from model to model. 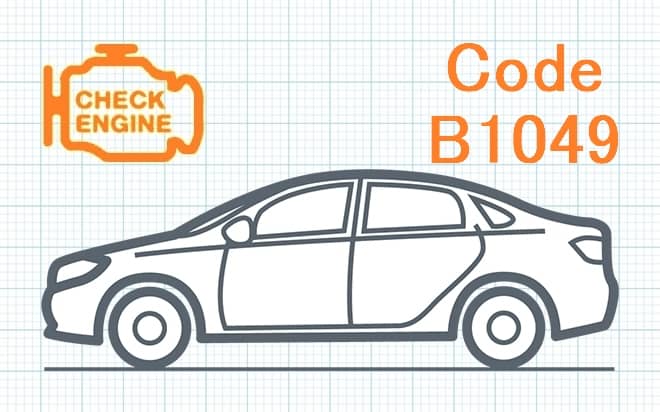 This error occurs when the control unit stops seeing the driver’s airbag, which is mounted in the steering wheel. This can mean both failure of the airbag itself and the connection wires.

The code may also appear due to a failure of the control unit itself, or as a result of a vehicle accident. After the accident, the airbag may not have been replaced, but instead a plug with a cheater system was put in its place.

The main signal that an error B1049 has occurred is the Malfunction Indicator Lamp (MIL) is also known as the CheckEngine Light.

Fault B1049 is serious because airbag problems directly affect the driver’s safety in the event of a collision with an obstacle.

The error code B1049 can mean that one or more of the following problems have occurred:

Some suggested steps for troubleshooting and fix the error code B1049:

Before servicing the SRS system and clearing fault B1049, turn off the ignition, then disconnect both battery cables and wait at least 10 minutes. For about 10 minutes after disconnecting the cables, the airbag and belt pretensioner may still deploy.

Do not work on any of the connectors or wires of the SRS system until at least 10 minutes have elapsed. Failure to do so may result in accidental triggering of these modules, increasing the risk of serious injury.

Further diagnosis and troubleshooting of B1049 consists of a step-by-step check of all components. In this case it is the wiring harness, the driver airbag itself, the spiral cable and the control module.

Fault code B1049 can occur on different vehicles but there are statistics on which brands this occurs most often. Here is a list of some of them: 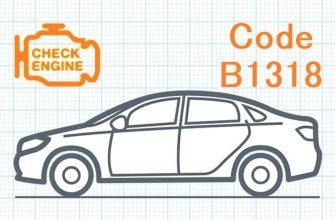 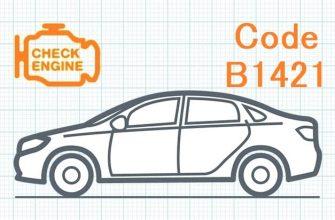 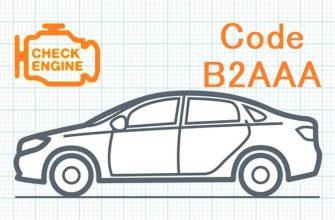 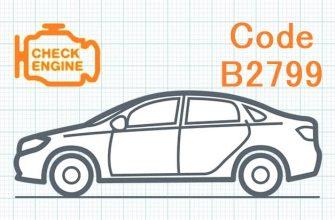 Fault code B2799 – engine immobiliser system malfunction
071
Fault code B2799 may apply to Toyota brand vehicles
This website uses cookies to improve user experience. By continuing to use the site, you consent to the use of cookies.
Adblock
detector