Fault code P0A2D is called “Drive Motor “A” Temperature Sensor Circuit High” but in different programs it may be called differently. This fault designation applies to all vehicles equipped with OBD-II.

OBD-II fault code P0A2D is a generic fault code that is defined as “Traction Motor Temperature Sensor ‘A’ High”. In this case, the error indicates the specific circuit with which the problem occurred. 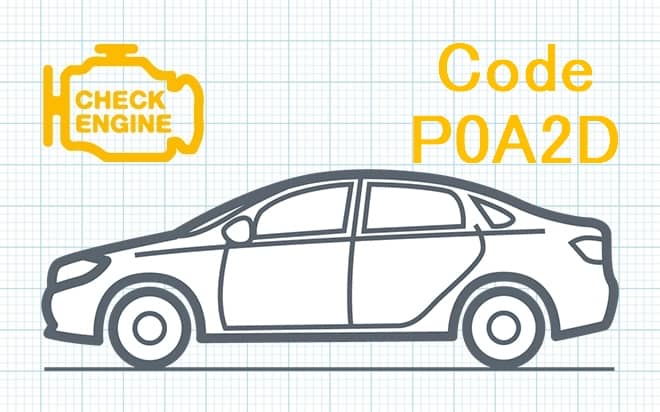 An electric traction motor is installed on electric vehicles and hybrid cars. In hybrid vehicles, the electric motor works in tandem with the internal combustion engine.

Depending on the chosen mode of operation and vehicle layout, the electric motor, the gasoline engine, or two engines are switched on simultaneously. This is accomplished by a circuit in the control module that estimates the power needed at a given time.

To maintain normal operation, the electric motor must operate within certain temperature limits. These parameters are monitored by temperature sensors installed in the traction motor.

This code applies to cars with hybrid drive, it is not used on cars with conventional engines.

The main signal that an error P0A2D has occurred is the Malfunction Indicator Lamp (MIL) is also known as the CheckEngine Light.

When error P0A2D appears, the traction motor may not work, so this code should be considered serious. It is better to correct this error as soon as possible.

The error code P0A2D can mean that one or more of the following problems have occurred:

Some suggested steps for troubleshooting and fix the error code P0A2D:

When a P0A2D fault code occurs, other errors may sometimes be present. Associated codes usually refer to abnormal system voltages. And also to performance range mismatch codes, which may refer to various sensors.

If no additional codes are present, visually inspect all wiring associated with the traction motor temperature sensor. If necessary, repair or replace to ensure effective load transfer.

If there are no visible signs of shorts or other damage, use a voltmeter to check resistance and ground. Replace if necessary to ensure that all electrical values are within the manufacturer’s specified limits.

If all wiring is checked, check the traction motor temperature sensor itself with a multimeter. If the cause of error P0A2D turns out to be in it, it will be expensive to repair, because the sensor is often built into the winding of the motor-generator.

Fault code P0A2D can occur on different vehicles but there are statistics on which brands this occurs most often. Here is a list of some of them: 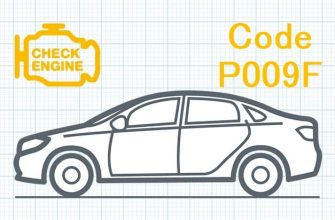 P009F Diagnostic Trouble Code: Fuel Pressure Relief Control Stuck On
039
This website uses cookies to improve user experience. By continuing to use the site, you consent to the use of cookies.
Adblock
detector