Fault code P2191 is called “System Too Lean At Higher Load (Bank 1)” but in different programs it may be called differently. This fault designation applies to all vehicles equipped with OBD-II.

This Diagnostic Trouble Code (DTC) is a generic powertrain code. Error P2191 is considered a general code because it applies to all makes and models of vehicles. Although the specific repair steps may vary slightly depending on the model. 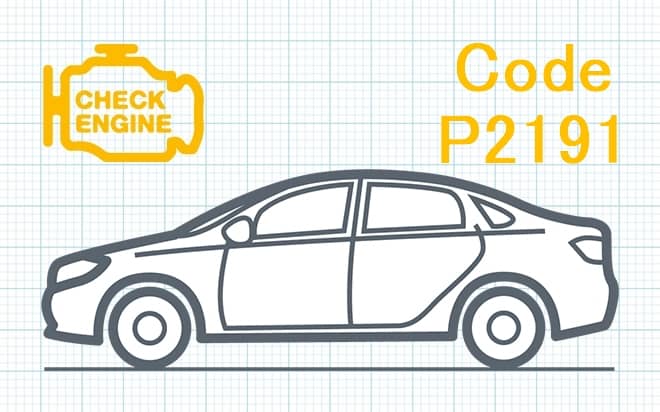 Fault code P2191 mainly concerns the value provided by the air/fuel ratio sensor, more commonly referred to as the oxygen sensor (located in the exhaust). Which helps the vehicle’s PCM (transmission control module) to control the amount of fuel injected into the engine.

Specifically, the PCM detects a lean mixture, which means too much air in the air/fuel ratio. This code is set for bank 1, represents a group of cylinders that includes cylinder number 1. This could be a mechanical failure or an electrical circuit failure. Depends on vehicle manufacturer and fuel system.

The troubleshooting steps may vary depending on the manufacturer, type of fuel system, type of mass air flow (MAF) sensor and wire colors. Also the type of air/fuel/oxygen ratio sensor (AFR / O₂).

The main signal that an error P2191 has occurred is the Malfunction Indicator Lamp (MIL) is also known as the CheckEngine Light.

The error code P2191 can mean that one or more of the following problems have occurred:

To troubleshoot and correct error code P2191, check the air/fuel/oxygen sensor (AFR / O₂). If it consistently indicates that the engine is running on a lean mixture, identify any options that may be causing the engine to run rich. They include:

All other codes must be diagnosed before determining the fault. Since the problems that cause the other codes to be displayed may also cause the fault P2191 to be set.

The first order of business is always to check the technical service bulletins (TSB) for your particular vehicle. Your P2191 problem may already be a known problem with a known fix issued by the manufacturer. This can save you time and money during diagnosis.

Disconnect the connectors and carefully inspect the terminals inside the connectors. See if they look rusted, burned, or otherwise damaged. You can buy an electrical contact cleaner from any parts store if terminal cleaning is required.

If that’s not possible, get medical alcohol and a brush with light plastic bristles to clean them. After that, let them air dry, take some dielectric grease and dab the contacts to protect them.

If you have a scan tool, remove the diagnostic trouble codes from the memory and see if that code comes back. If it doesn’t, the problem is probably wiring related.

Check the manufacturer’s specifications, as there may be a table informing you what the voltage should be at a given RPM. If this fails, replace the mass airflow sensor and try again.

Fault code P2191 can occur on different vehicles but there are statistics on which brands this occurs most often. Here is a list of some of them: 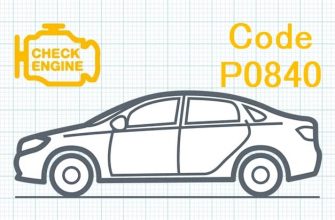 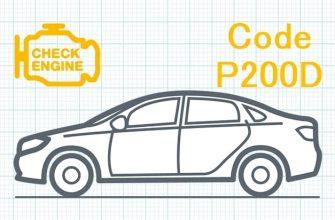 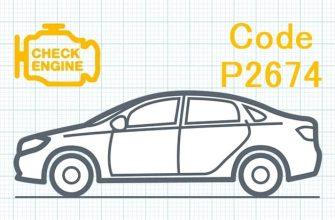 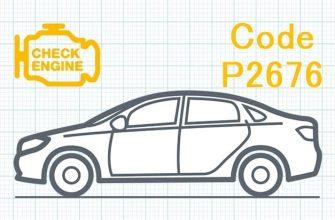 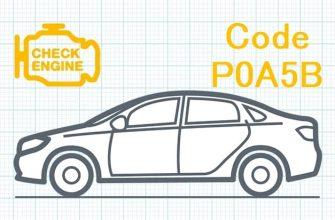